Playwright, director and novelist. Born in 1988, Ichihara started Q in 2011. She narrates the absurdity of life and the vitality of humans who shine in the rankling world with the perspective of female, delivered mainly in monologues. While setting the great value on the bodies of performers, she also puts an emphasis on the expression of texts and their rhythms. Her works, carefully built with the perspective on humans’ behavior as if observing them as animals, would soak the audience in the vibrancy and the bounding pulse of life. In 2011, Ichihara receives the Aichi Arts Foundation Drama Award with the play “Insects”; and subsequently, she released it as a novel on the literary magazine “Subaru” in 2016. In 2017, her play “KEMIKOFUMOUWA (Favonia’s Fruitless Fable)” was nominated for the finalist of the 61st Kishida Prize for Drama; and it brought her the first international invitation, to the Seoul Marginal Theater Festival.
Tweet 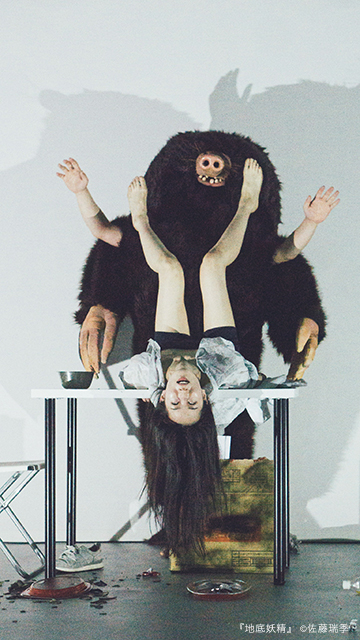