Born in 1982 in Aichi prefecture. Playwright, director and founder of Mamagoto theater company. Member of the stage direction department of Seinendan theater company. Artist in Residence at Steep Slope Studio.Lecturer in the Department of Scenography Design, Drama, and Dance at Tama Art University. Adjunct Lecturer at Shikoku Gakuin University. While a student at Nihon University's College of Art, won the 2nd Sendai Theater Town Playwriting Award with “Dodomino”. Won the 54th Kishida Kunio Drama Award in 2010 with “Wagahoshi (Our Planet)”. After participating in the Setouchi Triennale, stayed in Shodoshima to create other works. Traveled to Taiwan for international co-production in 2018. Spends significant time in various locales where his work “can only be performed at the time and place and by the performers of that location.” Since 2014, Shiba's playscripts can be downloaded via the Open Theater Project.
https://www.mamagoto.org/ 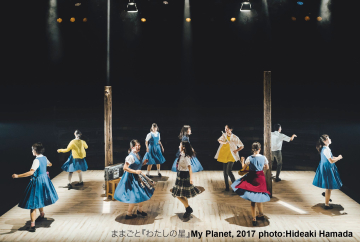 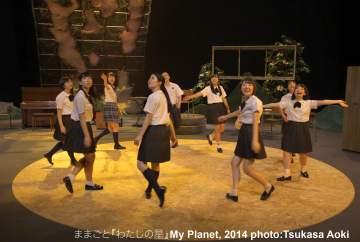