An eight-piece musical band formed in 2013. Their precise but abstract sound is characteristic with the minimal music and some influence of techno and hip-hop. In 2016, they were selected at the “DIM. Audition 2016” by Disc Union to release their first album “FACTORY” in the following year. This album caught ears of Steve Reich who praised them as a “great live band”. In 2018, the band
performed at FUJI ROCK FESTIVAL’18. In addition to giving live performances, they also make and sell“ bottled music” after their band name and produce music for commercials. Its leader Masashi Nukata also leads the theater company “Nuthmique”, where he works as writer and director.
http://shiokouji.tokyo/ 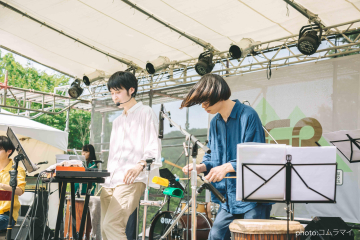 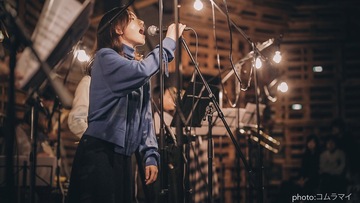