Choreographer and dancer. Morishita’s dance has its roots in a play she invented to make friends in her childhood when she had to change schools due to her father’s job. She has performed solo works in more than thirty cities in ten countries. Freely crossing the genres,she has collaborated with artists of theater, music, visual arts or manga.
With the work “Sabi kara deta mi (Fruits borne out of rust)“ with the contemporary visual artist Tabaimo, she won the 8th Japan Dance Forum Award. In 2017, she has produced and performed her solo work “Dancing Symphony No.5 by Beethoven ‘Fate’”. Morishita also conducts workshops and creates performances with participants of different generations, in accordance with her motto: “One hundred people, one hundred colors.“ Seeking for the place to experiment, Morishita founded a new company, Morishita Stand, with young dancers. Her unpredictable and magical world emerges from a unique “Ma(break)“, instantly capturing everyone who surrounds her.
Tweet 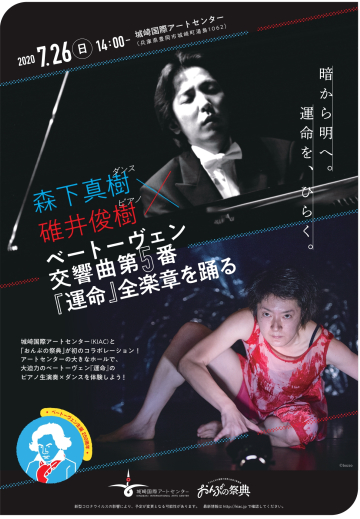