Founded in 2012,led by Yuri Yamada (playwright,director and actress).Seamlessly interconnecting the stage and seats,reality and parallel world, normality and insanity,Yamada highlights the problems of modern Japanese society in her witty and pop style. Since 2014, she has been developing “Uchi-project”,where she rents a house or an apartment for a long period to create,rehearse and present the performance. Her open and experimental research on unconventional performing style has brought the ensemble performance“Heisei Apartment”,where the audience moved in an entire house, as well as the three-month long-run performance in an apartment. In 2017, “Fiction City” was nominated for the 62nd Kishida Prize for Drama. Not only active in Japan, the company
toured in China (Hangzhou, Nanjing and Wuhan) with “Everyone Fears the Night” in 2017; and in 2018, its Chinese version was created with Chinese actors. 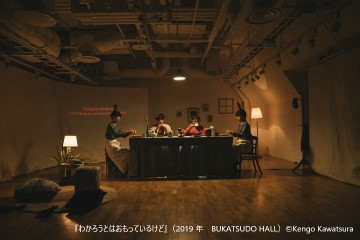 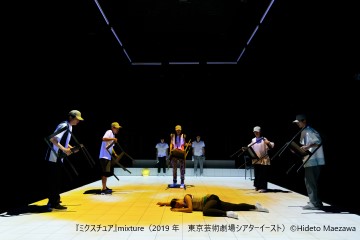