Japan Association of Composers for Sumo Hearing Arts (JACSHA), formed by three composers, Sachiyo Tsurumi, Makoto Nomura, and Tomoko Momiyama, will work on their project “Opera Futabayama” to create a new piece of performing arts based on the research on various sumo cultures from different parts of Japan. In 2018, the Association conducted research on some of the sumo related traditions still present in the Tajima region of northern Hyogo prefecture, in particular, “Takeno Sumo Jinku” in Takeno, Toyooka City and “Nettei Sumo” in Okumeiji, Yabu City. Through their residency period, they composed and performed new pieces of music, such as “Takeno Sumo Jinku Fanfareggae.” During their second residency in 2020, they will collaborate with Takeno Sumo Jinku Preservation Society and children from the brass band of Takeno elementary school. They will also study and integrate two different traditions of Sumo Jinku singing, one from the professional sumo world and another from Takeno’s folk practices. By incorporating encounters and discoveries from this process into multi-layered narratives and music, the Association will work on the creation of the act “Takeno” of “Opera Futabayama.”
Tweet 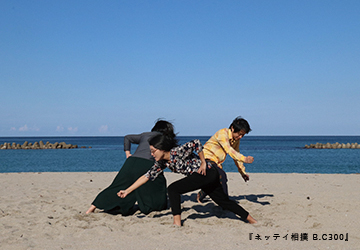 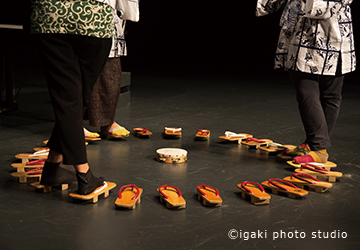 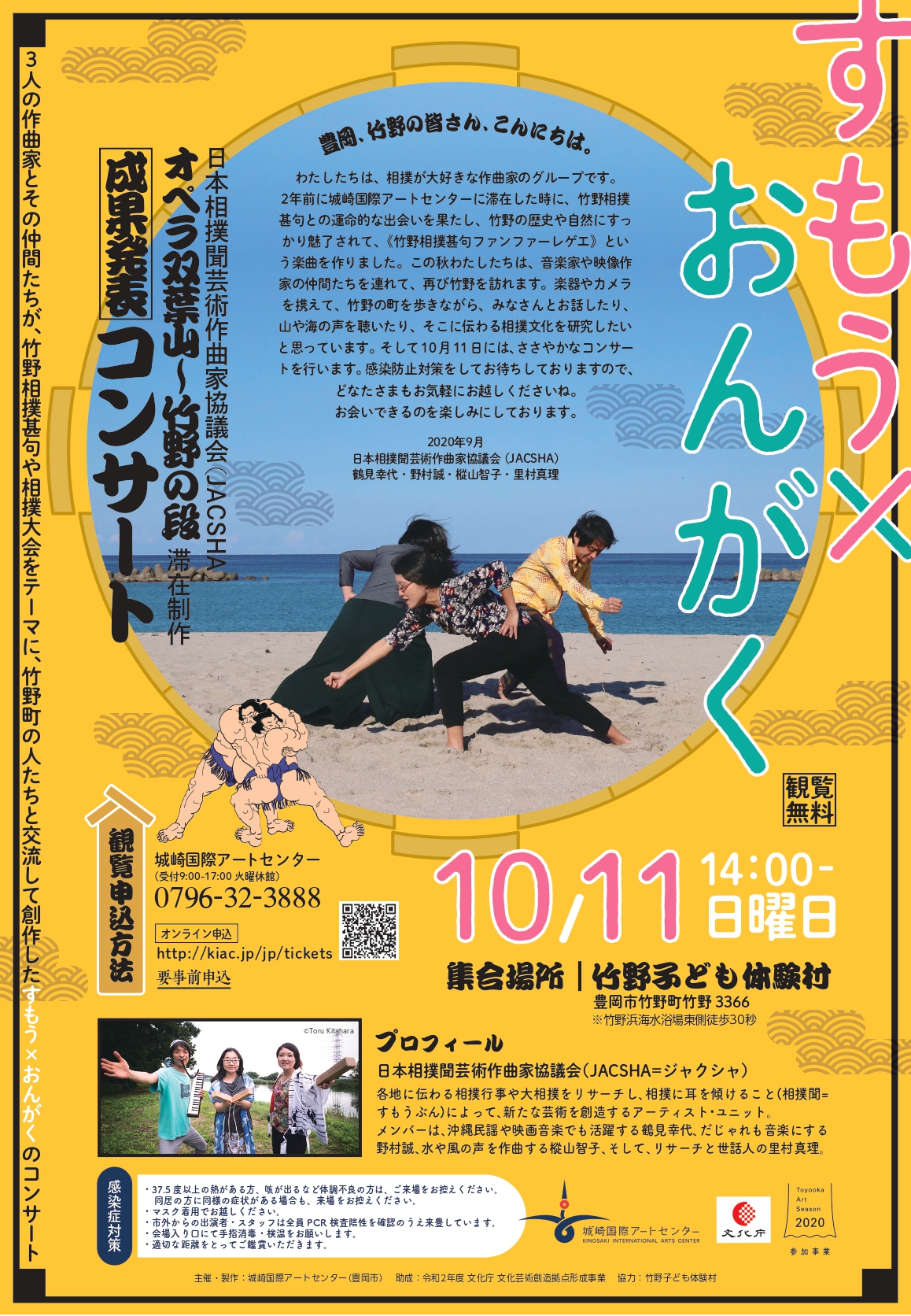